Despite our best efforts to keep our pets safe, it’s not uncommon for them to sniff out toxic materials, like rat and mouse poisons and help themselves. This is because these types of poison are easily accessible and not just because we don’t always store them as safely as we should. 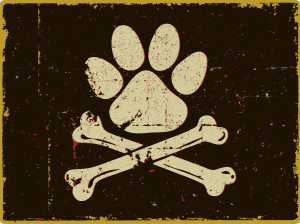 The fact that they are widely used to control populations of rats and mice around homes, gardens, garages, farms and many other areas where rat and mice populations are out of control, means that they are often right under our pets’ noses. These rodenticides come in a variety of shapes and colours, especially pellets that resemble kibble, making them very attractive to our pets.

One of the biggest complications of rat and mice poisons such as pellets, pills, baits and blocks is that they contain different types of poison, which makes it difficult to identify the exact type of poison your pet may have ingested, and which makes it difficult to determine the correct medical treatment. Always take a sample of the poison you think your pet might have ingested with to the vet, so they know exactly what toxins may have been consumed.

If you suspect that your pet may have swallowed poison, it’s important to act immediately because the longer the delay the more the toxins from the poison compromise your pet’s immune system’s ability to fight back.

Poisoning is a dreadful way to die, no matter whether it’s a rat or a cat, so you need to ensure that you keep emergency vet numbers listed with police and other emergency services. Another piece of information that is crucial if you can’t find the name of the exact type of poison on the packaging is the Environmental Protection Agency Registration Number, which will indicate the type of poison to the professionals. Pet poisonings are best left to the professionals. Before you do anything, contact the Poison Control Helpline or your vet.

Anticoagulants prevent the blood from clotting, which thins the blood and can lead to death by internal bleeding. If a cat or dog ingests an anticoagulant, the signs of poisoning tend to become visible by the third to fifth day after ingestion, although earlier signs will appear if a large quantity was ingested. Signs to watch for include lethargy, difficulty breathing, weakness, pale gums, vomiting, diarrhea, nose bleeding, bruising, blood in urine, swollen joints, and bleeding from the gums. Fortunately there’s a prescription antidote available, but remember your first response is to call either your vet or the animal poison control center before administering anything to your pet. The antidote is called Vitamin K1, and your pet will probably need to be treated for a period of about 30 days. 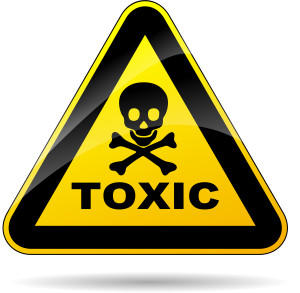 Once the treatment has been completed, a follow-up is necessary which involves a blood clotting test known as a prothrombin (PT). It is usually administered 48 hours after the course of Vitamin K1 has been completed.

Note that the dosage of the anticoagulant needed to cause poisoning varies between active ingredients; with some types just a miniscule amount leads to instant poisoning (e.g., brodifacoum) while other forms (e.g., bromadiolone) take larger quantities to cause poisoning. Other contributing factors include your pet’s age and overall health. If your dog has an underlying gastro-intestinal disease she is high risk. Cats are sometimes more resistant but always be on the safe side and respond by calling the professionals immediately.

Cholecalciferol is a very dangerous toxin, and it’s being used in more and more rat poisons. It causes calcium and phosphorus levels in the body to increase, resulting in kidney failure within 3 days. The common signs of cholecalciferol poisoning include increased urination and thirst, weakness, lethargy, loss of appetite and bad breath. The treatment for this type of poisoning is one of the most challenging and prolonged hospitalization is usually necessary. Treatment is expensive and there’s no guarantee that your pet will survive because there’s no specific antidote.

Treatment includes aggressive intravenous fluids and a host of medications, including diuretics, steroids, calcitonin and bisphosphonates to decrease the calcium levels in the body. Blood will be taken regularly for 2 – 6 weeks after ingestion to monitor calcium and phosphorous levels.

Any suspected poisoning must be treated immediately because kidney failure is guaranteed if you don’t act soon enough. To be on the safe side use humane rat and mice traps to get rid of your rodent problem rather than poison.

Bromethalin is another nasty substance, which is about as toxic as it gets. It causes the brain to swell and common signs of this type of poisoning include loss of coordination, tremors, seizures and paralysis. The visible signs of this kind of poison appear within two hours, but it can sometimes take up to 36 hours for signs to show. Again, hospitalization will be necessary because constant medical monitoring is important. Treatment includes activated charcoal to absorb the toxin as well as intravenous fluid treatments and drugs to decrease brain swelling. There’s a very narrow margin of survival after ingestion for all animals. 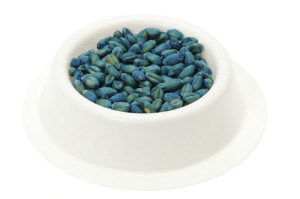 These toxins are more commonly used to exterminate moles or gophers, but they are also found in rat and mouse bait traps. Once ingested they trigger vomiting and the fumes from the vomit may cause lung irritation to both pet and guardian. The poison releases phosphine gas once in the stomach and if food is ingested the toxicity of the poison is increased. Bloating, vomiting, abdominal pain, shock and collapse, seizures and liver damage set in almost immediately.

There’s no specific antidote and procedures normally include induced vomiting with special precautionary steps taken to prevent medical staff from inhaling the fumes. Never try to administer or induce vomiting on your own. These toxins need only be ingested in a small amount for it to cause damage to everybody within range of the pet, and your pet’s chances of survival depend on how quickly you respond by calling the poison helpline and your vet.

Prevention is always better than cure, so keep any rodent poison well away from your pets and make sure you’re informed about the toxins in all household ingredients so that you don’t inadvertently poison your beloved companion.