What Human Food is Safe for Dogs & What Food’s Dangerous

Plenty of people like to treat their dogs to a gourmet dish once in awhile and some may even be contemplating substituting dog food with human food. However, it’s important to know which foods are safe for dogs and which are so dangerous they’re deadly. 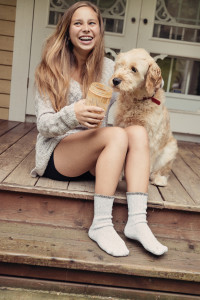 You could probably prepare a meal for your pet that’s healthier than most of the commercial dog grub you get in supermarkets, but it’s still preferable to feed them a staple diet of vet-recommended pet food. That said, occasionally feeding dogs human food is not necessarily a bad thing, it’s just a question of how you go about it.

Most people like to give their dog leftovers but that’s not really a good idea. If you just dump whatever remains on your plate into the dog dish, there’s no telling what harmful ingredients might be in there. Some foods that are good for humans are not remotely safe for dogs.

What human foods are safe for dogs?

Whether food is safe for dogs doesn’t bother your pooch begging for a morsel at the table. If you ever feel tempted to reward your pup’s persistence with some ambrosia, here’s an overview of which human foods dogs can eat, and those that are best avoided. 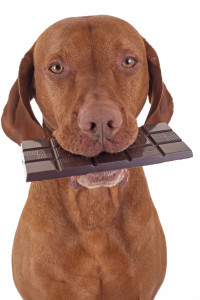 It’s strongly recommended that you consult your vet before making any drastic changes to your dog’s diet, even if what you’re giving them is included on the list of foods safe for dogs. This is especially important if your dog is on any kind of medication. Monitor your dog’s reactions and report anything that concerns you to your vet, they can advise you on any dietary requirements that may apply specifically to your pet.

A healthy diet is ultimately the best way to treat your pet, as combined with good health care in general; it can increase their lifespan by about 15%. Remember that while feeding dogs human food can provide some much appreciated variety to their diet, and even have nutritional benefits, it shouldn’t become a habit. Vets recommend specialized dog food (though not necessarily the kind sold in supermarkets) for a reason, and human food should just be seen as an occasional alternative or complement to dog food, not a replacement.  So whether it is from a pet store or your own dinner table, always be sure to consult a vet when determining the best food for dogs.