Want to take your pet to work?

Dogs are on the loose in workplaces throughout America, and recent studies show that the workers are reaping the benefits. One such study, conducted by Virginia Commonwealth University, found that there was a 11% reduction of stress among workers who opted to bring their pets to work, and a 70% increase among those who did not. The Center for Disease Control and Prevention cites animal experts who claim that pet friendly workplaces means lower blood pressure for pet owners, and significantly improved morale in the workplace.

Reasons could include the therapeutic effect of having your animal companion nearby, the ability to feed and walk your dog at work instead of having to wait till you get home, increased physical activity, and the enjoyment your non-pet owning colleagues get from having a dog or cat bouncing around the workplace. 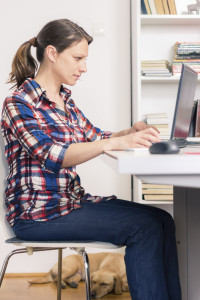 Of course, not all workplaces are welcoming of pets, but the trend is definitely moving in that direction. Twenty per cent of companies throughout America have sought to establish pet friendly workplaces, with the majority of said pets being dogs (there is a significantly lower proportion of cats, either because cats and dogs don’t get along or because cats don’t like staying put for long periods of time).

If pet-friendly workplaces are a draw factor for you in your job search, you’ll be pleased to know that the list of dog friendly companies in the United States includes some of the most successful and innovative brands in the world.

Here are just a few examples

These are two companies that represent the future, and which always find new and innovative ways of doing things. Revolutionizing the way we do business means revolutionizing the workplace as well, and Amazon and Google are famous for their headquarters being a home away from home for employees. Pet friendliness is part of that deal.

It’s not as if anyone needs more of an incentive to seek employment at one of these giants of the digital landscape, but knowing you can bring your faithful hound along for the ride certainly helps. 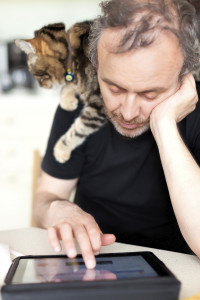 Not content with simply allowing pets in the workplace, the owners of well-known dog food brand Eukanuba appoints them to high-ranking positions within the organization, as in the case of Vice President of Canine Communications Euka. Of course, Euka is not much of a talker, and prefers to lead by example.

You’d have expected the Humane Society to be on the list of pet-friendly companies, but it took them awhile to get there. That’s just because they were putting together a meticulous pets at work policy. As a result, no dog has had to be removed from the workplace in the four years since their program started.

All pets are welcome at the vodka distillery, not just dogs, but they do pride themselves on being one of the premier dog-friendly companies in the US. They even assist in animal rescue efforts, with employees volunteering to act as fosters and make donations to animal shelters.

Letting a bull in the China shop may be a bad idea, but dogs and cats get the nod of approval at replacements LTD. They’ve been included on the list of dog-friendly companies since as early as 2003, gaining plaudits for their relaxed working atmosphere and pet-friendliness.

Kids love ice cream, and kids love dogs. Working at Ben and Jerry’s gets you plenty of both, as the company offers its employees 3 pints of free ice cream per day, as well as a dog-friendly environment.

Named one of Fortune’s 100 best companies to work at for 3 years in a row, the purveyors of stuffed animal toys like having real animals around too. Much like P&G pet care, they’ve got no qualms about appointing dogs to high ranking positions. Chief Executive Dog is apparently popular with his subordinates, and by all accounts is a fair and just ruler.

For a comprehensive list of pet-friendly companies throughout America, check out DogFriendly.com. It’s clear that more and more managers and directors are realizing the benefits of having pet-friendly workplaces.