Can a Robotic Pet be your Best Pal?

If there’s one thing movies have taught us about robots, it’s that they will one day rise up and annihilate humanity. But recent studies have shed light on a new, even more frightening possibility. What if it’s not humanity’s place the robots seek to usurp, but that of our beloved canine companions?

According to Doctor Jean-Loup Rault, it’s not only possible for robotic pets to replace living pets, it’s likely to be the 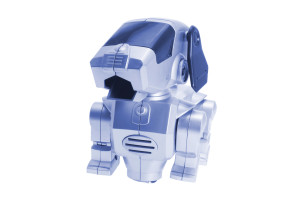 norm by 2050. But to what extent can a robotic dog truly substitute for the real thing?

Dr. Jean-Loup Rault, an animal welfare researcher from the University of Melbourne, claims that robotic pets will become the norm among urbanized populations, while living pets will be reserved for the super-rich.

Increasing population density is likely to be a factor driving the change, with the global population expected to rise to 10 billion by 2050. The problem with living pets is that they need room to roam, while robots do not. Living pets also need food, water, and to have their mess cleaned up after them; so on one level it’s possible to understand the appeal of owning a robotic dog, especially if you’re on a tight budget or providing pets for the elderly. Allergies have also denied many people the joys of living with pets, which would not be an issue with if the pets were made of metal.

A study at the University of Missouri provides evidence that robotic pets can elicit an emotional response from humans. A robotic dog named AIBO, designed by Sony to emulate basic dog behavior such as chasing balls and responding to the human voice, interacted with adults at the test site. Those who interacted with AIBO experienced a reduction in cortisol (stress hormone) when engaging with the cybernetic canine. Elderly residents were provided with AIBOs for six weeks, and reported feeling less lonely and depressed during that period. Seventy per cent of children who spent time with the AIBO felt that it would make a good pet.

Japan’s National Institute of Advanced Industrial Science and Technology reported similar responses to their equivalent of AIBO, a bionic baby seal named Paro. They even observed a 50 percent increase in brain activity among patients with dementia after they had spent just 20 minutes with Paro.

It’s not entirely revelatory that people can feel empathy towards inanimate objects. Children have been bonding with stuffed animal toys for nigh on a century now, and many an automobile enthusiast has developed unnatural attachments to their motor vehicles. Whether or not robots can elicit the same emotional response as pets or even other human beings has been explored in many notable science fiction works, and now appears to have become a subject for study by real scientists. 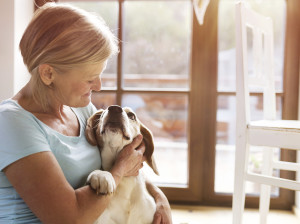 Of course, there are also studies that suggest the ruse can only be taken so far. Even Dr. Rault acknowledges that people feel less responsibility for the care and well-being of robotic or virtual pets than they do for a creature of flesh and blood, and a 2008 study showed that while adults were willing to treat robotic dogs as if they were real, measurements of their voice register still indicated stronger emotional response when interacting with real dogs.

Furthermore, a study conducted by Azabu University found that eye contact between a human and a dog triggers a rise in the hormone oxytocin in both participants, similar to the evolutionary mechanism that facilitates bonding between a parent and an infant child. What this seems to imply is that for a robotic dog to elicit the same level of empathy as a real one, it would have to emulate biological processes that not only govern the relationship between human and dog, but between mother and child.

Such responses were not evident in tests conducted with humans and wolves, which suggests that it’s a product of evolution stretching back all the way to the initial domestication of the dog. 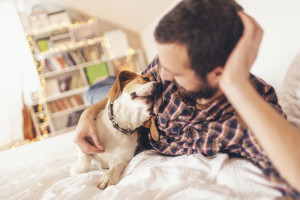 While robotic pets may be of immense benefit to people in situations where ownership of living pets is untenable, for example as pets for the elderly or for people with allergies; the question of whether or not they can replace real pets is subject to further debate.

What is clear is that while being able to play fetch and respond to the human voice is all very impressive, it will take some highly advanced engineering for robots to emulate what humans and dogs have gained from thousands of years spent walking the evolutionary road together.