Parvo and Distemper: Devastating Diseases You Should Know

There are two words dreaded by anyone who works with puppies: Parvo and distemper. They are deadly diseases that can kill puppies quickly (with suffering) or more slowly (with more suffering). Vaccinating dogs is one way to prevent the diseases, but so is knowledge. 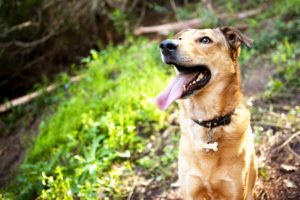 Canine parvovirus (CPV) is one of the most infectious canine diseases in the United States. The survival rate is about 85% in treated dogs. It’s about 10% in untreated ones. It can affect adults and puppies, but dogs under 6 months of age are most at risk. It is spread by contact with feces or substances contaminated by feces.

Canine distemper is also a virus, transmitted through bodily fluids like blood, urine or saliva. It is extremely debilitating and can cause permanent damage, even in survivors. It has a survival rate of 20%; eight out of ten puppies who catch it die. It primarily affects puppies.

The treatment for both diseases is costly. Once again, we urge you to take out pet insurance and to have your puppies vaccinated.

Symptoms and progress of parvo and distemper

Parvo has undergone two major mutations since the 1970s, but has two primary forms:

Of these, the cardiac variety is almost always lethal. It is generally contracted by puppies eight weeks old or younger and is passed on from an unvaccinated mother. It attacks the heart muscle itself, breaking it down in a mechanism similar to rotting. There are few recognizable symptoms (breathing difficulties, primarily) and it’s generally detected late as a result. Survivors often have permanent heart damage associated with the formation of excess fibrous tissue in the heart.

The intestinal variety has the symptoms of dramatic outbreaks of diarrhea (which may or may not contain blood) and bouts of projectile vomiting. It generally affects unvaccinated puppies who come into contact with contaminated feces, either directly or indirectly.

This site has some more in-depth information on Parvo. 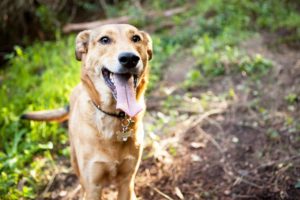 First detected in 1905, Canine Distemper (also known as ‘hard pad disease’), is spread through feces, bodily fluids and air. It begins in the tonsils and the lymph nodes, where it replicates before spreading into the lungs, nervous system, reproductive and digestive systems. It’s pretty much a total onslaught on your dog’s systems.

Symptoms will include some of or all of the following:

There is no cure for distemper, only symptomatic treatment. Survivors often have long-term side-effects, including urogenital, breathing and developmental disorders.

However, there are survivors who have only minor side-effects. For example, the dog in the pictures is a nine-year-old mongrel in robust physical and mental health, apart from the rough paw pads which are the signature of the disease. He contracted the disease as a pup, was diagnosed early and received aggressive treatment.

How do I prevent parvo and distemper? 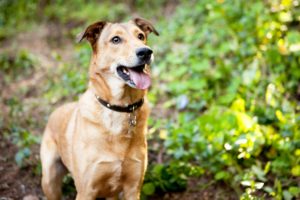 Prevention of both diseases is primarily through vaccination. Vaccination is essential. Nobody who has seen a puppy die from either of these diseases is anti-vaccination. In addition to the other obvious benefits of vaccination, pet health insurance is often not available for unvaccinated pets. Mothers should receive vaccination before being considered for breeding (not while pregnant!). Veterinarians use their discretion when deciding how early to vaccinate puppies.

Isolate dogs infected with either disease immediately. Furthermore, you need to thoroughly sterilize any surfaces with which they have come into contact. You need to do this before any other dogs come into contact with the items. This includes your hands, clothing and shoes. Bleach is best.

First of all, don’t panic and don’t despair. The dog pictured is a distemper survivor, and is healthier than many dogs who never contracted the disease. Neither disease is a one-way ticket to death or disability.

Nevertheless, they are extremely serious. Contact your veterinarian immediately. Your dogs will require intensive (and expensive) treatment. In rare cases, such as infection of an entire litter, your veterinarian may choose to treat your dogs in your home, but that is unlikely. They will probably stay at the animal hospital for around ten days. Remember that while death and disability are a serious risk, particularly for distemper, they are not certain. Try and draw what little comfort you can from the knowledge that you are doing everything you can and concentrate on sterilizing their possessions and environment in preparation for their return.

Please do what you can to limit the spread of these dread diseases. And if your dog does contract either, there are resources available on home treatments to supplement (but not replace!) veterinary treatment. There are also forums for guardians of distemper sufferers and survivors.

Puppies can survive parvo and distemper. But more importantly, they can be prevented.