E-Cigarettes are Dangerous & Can Cause Serious Harm to Pets

The risk of nicotine poisoning in cats and dogs is increasing in the USA and it’s all thanks to the ‘safe’ smoking option – e-cigarettes. Smokers are turning to e-cigarettes in their droves as a way to feed their nicotine addiction without the health risks of using traditional tobacco products, including cigars, cigarettes and chewing tobaccy. 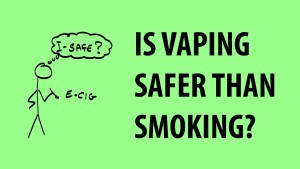 The vapor from electronic cigarettes doesn’t present a second-hand smoke risk, but the liquid capsules are extremely toxic if ingested.

The number of nicotine poisoning incidents reported to the Pet Poison Hotline has increased since 2014. The primary reason is dogs and cats eating e-cigarettes’ liquid refill capsules. In the past two years there has been a 400% increase in e-cigarette poisoning.

There are 2 reasons contributing to the increase:

Why is nicotine in e-cigarettes so dangerous?

Nicotine is toxic to people and pets, but it’s far more toxic for dogs and cats because they’re smaller with different metabolisms. The liquid refill cartridges contain 6 – 24mg of nicotine, which is the equivalent of 1 – 2 cigarettes. There are also concentrated liquid nicotine refill cartridges (diluted before use) that contain up to 100mg of nicotine.

Liquid refills usually come in packs (anything from 5 – 100 cartridges), so the amount of nicotine ingested can be significantly higher. According to the ASPCA (PDF), a 50-pound dog will develop symptoms of nicotine toxicity after chewing a single cartridge but the amount of poison may not be fatal. If a 10-pound dog eats a single cartridge, however, death is almost certain. It doesn’t matter how big a dog is, if they eat more than one cartridge, death is the likely result. 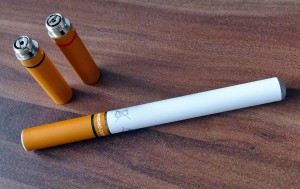 Nicotine poisoning from e-cigarettes is more common in dogs, but it is more likely to be fatal in cats because they are smaller and lighter. Cats can also suffer from ‘Heinz body’, which is when the red blood cells are damaged. Symptoms include discolored skin, fever, pale lips and gums, reddish-brown urine and loss of appetite.

E-cigarettes are only once source of nicotine that can poison dogs and cats. Pets can also eat regular cigarettes, swallow nicotine gum (which also contains xylitol, a very poisonous substance that is lethal for dogs), eat nicotine patches and experiment with chewing tobacco.

Most dogs will vomit after ingesting nicotine, but they might not get all of the poison out their system. There might also be other side-effects, like increased heart rate, that need monitoring so you still need to get your pet to the vet immediately. Depending on the severity of the case, your veterinarian may need to try other treatment methods, including decontamination (charcoal administration). An IV drip will keep your pet hydrated while stimulating renal elimination, and providing oxygen support. Medication will lower blood pressure, normalize the heart rate, lower fever and stop seizures or tremors.

In general, if dogs respond to treatment within the first 4 hours, they are likely to survive. 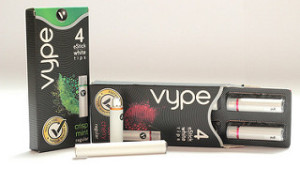 Nicotine isn’t the only danger

Nicotine is the primary danger but it isn’t the only one. Chewing an actual e-cigarette also poses dangers. The material could prick gums (which could lead to an infection) and jagged edges can rupture the gastrointestinal tract. Large chunks could lead to dangerous obstructions.

Chewing the rechargeable battery can also cause oral burns.

If your pet has ingested nicotine, go see your veterinarian immediately, or call the Pet Poison Hotline on 1-800-213-6680.