Snake Bites Can Be Deadly: Tips to Save Your Dog’s Life

Bad news for dog parents is that summer is snake season, which means that humans and dogs are at risk of snake bites. While the prospect of being bitten, no matter the snake, is not a happy one, the fact that venomous snakes abound across the entire continental US makes it somewhat worse (Alaska is not plagued by snakes – they have the sense to avoid the extreme cold). 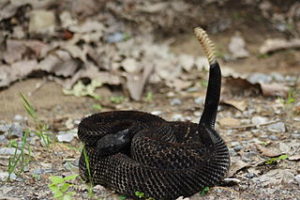 The different species of poisonous snakes in the US can be separated into 4 broad categories:

There are several species within each category, for example:

The venom in snake bites contains several different toxins that are designed to paralyse and kill prey – and enemies. There are two types of venom:

One snake can have both neurotoxins and hemotoxins.

In addition to pain, which is rather obvious, snake venom can cause: 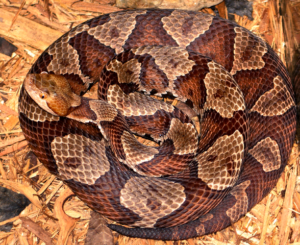 The severity of the effects depends on several factors, including:

What are the signs of a venomous snake bite?

Some symptoms depend on the type of venom, but in general if you see any of the following signs you should take your dog to your veterinarian immediately:

It can take up to 10 – 18 hours for symptoms to appear after a snake bite attack.

How are venomous snake bites treated? 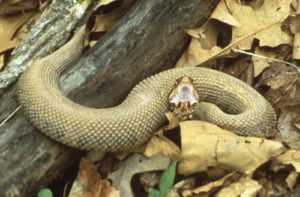 The best way to treat venomous snake bites is with medication and rest.

Some medication is delayed to prevent complications; for example, anti-inflammatory meds may be delayed by 24 hours, steroids may also be delayed until the risk of infection has been eliminated. Alternatively, steroidal medication can be combined with antibiotics to counter the immunosuppressive action of steroids.

Your dog is likely to be hospitalised so her condition can be closely monitored, this period can be as short as 12 hours or as long as 72 hours. One of the primary reasons for keeping dogs overnight is to ensure that there is no damage to the organs.

Most pets (95%) survive with proper treatment, but note that it can take several weeks for your dog to recover fully.

What can you do to prevent snake bites?

You can try a snake bite vaccination, but note that no controlled studies have been carried out, so there’s no scientific evidence that it works. Note also that the vaccine doesn’t make your dog immune to snake bites; she will still require treatment. At best the vaccine can lessen the severity of the symptoms and improve recovery time.

Ethical snake avoidance trainers use sight, sound, smell and simulations to train dogs to avoid certain species. For example, the sound of a rattlesnake or the smell of cottonmouth can be the cue for your dog to come straight to you. Also, you should never underestimate a solid recall and a steak-proof leave-it.

The best way to prevent snake bites is to manage your dog’s environment when at home and out on walks.

What to do if your dog is bitten

What NOT to do 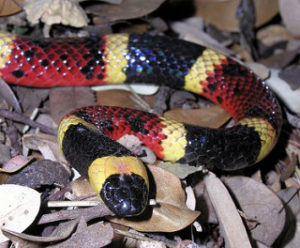 DO NOT do the following:

As with so many things in life, information is your best form of protection. Find out what snakes live in your area, train yourself to recognise them and make sure you have a mini-emergency treatment kit in your car, including clean water, a blanket, and a strap to immobilize your dog. Above all, avoid high-risk areas and if you think there are risky elements in the environment, put your dog on leash. Being on lead may annoy your dog, but it could save her life.