The Advantages and Disadvantages of a Raw Food Diet for Cats

If you’ve joined the pet raw food movement and have put your cat on a raw food diet, you may be wondering if you’ve done the right thing. Perhaps you’re still on the fence and aren’t sure which way to turn.

We’re going to look at the trend, including potential advantages and disadvantages and what the diet requires. We aim provide you with enough information to make sure your cat’s nutritional needs are met.

The raw food diet is not just about giving your cat raw meat. It’s more complex than that, as you have to consider everything that goes into your cat’s diet, including vitamins and minerals.

Veterinarian Lisa Pierson is a vociferous advocate for a raw diet for cats, and has been feeding her cats a raw diet for the past six years. She feeds her cats mostly bone-in chicken and rabbit and adds taurine and other minerals. According to Pierson, one of the advantages of a raw food diet is that she knows exactly where the meat comes from, and how it’s prepared. Pierson parboils chicken lightly and grinds it up to make sure her cats get a balanced diet. Another advantage is that the meat used is a higher grade than the best quality canned cat food. It also costs a fraction of the price. 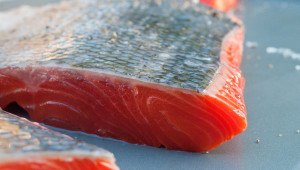 Those who are pro-raw food diet for cats say it’s self-evidently superior, as it’s close to what cats ate before they were domesticated. Their prey provided them with a balanced diet. A study by Price-Pottenger Nutrition Institute showed that cats on a raw food diet were healthier than cats who were not fed raw food.

The study was conducted over ten years with a cat population of 900 who were divided into two subgroups. One group was fed raw meat and milk, while the other group was given cooked meat and heat-processed milk. The results showed the raw meat diet had long-term benefits for kittens born into that group. The health of the kittens and cats of the second group declined over time. They showed increased susceptibility to hypothyroidism, skin disease and bone problems. By the fourth generation, the cats fed cooked food showed signs of sicknesses associated with humans.

The argument against raw food for cats has more to do with contamination than nutritional deficiencies. The American Animal Hospital Association (AAHA) and the American Association of Feline Practitioners both advise against raw food diets because of the dangers of microbes like E. coli and salmonella found in raw meat. Pathogens from these microbes remain in cats’ stools which is how disease-causing bacteria spread to other animals who come into contact with the faeces.

In addition, anybody preparing raw meat infected with salmonella or E. coli is at risk of contracting an illness.

An arsenal of information

Get information from your vet, research reputable sources and familiarize yourself with the amino acids, proteins and vitamins essential to your cat’s diet. Cat Nutrition and PetDiets.com contain a lot of useful information. When you’re confident you can manage your cat’s raw food diet, find a good supplier who guarantees high-quality fresh meat. 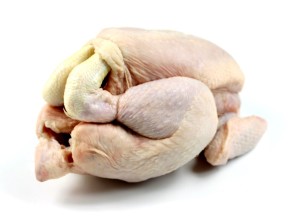 Cats can eat game, hens, chicken, quail, lamb, beef, pork, turkey, duck, fish, goat, rabbit and even mice and rats. Remember some cats are picky and eat only the meat they like in their ‘wild’ diet. Liver and kidneys are full of nutrients and can be introduced to the raw diet slowly. More often than not, your cat will acquire a taste for these.

How much you feed your cat will depend on your cat’s body weight and energy levels. If your cat is active she’ll eat more than a cat who likes to laze in the sunshine most of the day. In general, cats should have two meals a day and they should be approximately 2-3 per cent of their body weight. Kittens will eat a more often, but less at each sitting.

Be wary about bones in the meats you feed your cat. Even though some bones are soft, many pro raw foodies don’t recommend adding bones to your cat’s diet. The problem is that soft bones can get caught in your cat’s mouth. They can stick between her teeth and the roof of her mouth, and removing it can be a traumatic experience for everyone. Worse, you may not be around and the bone could get lodged in her throat, causing her to choke.

Some cat guardians say it’s okay to feed cats meaty bones on a raw diet, but use your discretion. Chicken necks are the best sources of calcium because the bones are flexible, break easily and are easily digested. Always be present when feeding your cat anything with bones, just in case.

Remember that if you buy in bulk and freeze the meat, you should never defrost it in the microwave. Take it out of the freezer and leave it in the fridge overnight.