Do I Really Need to Sterilize my Pet?

To spay or not to spay (or to neuter or not to neuter if you have a male cat or dog): It’s a question many puppy and kitten guardians ask themselves when they bring home a new four-legged buddy. 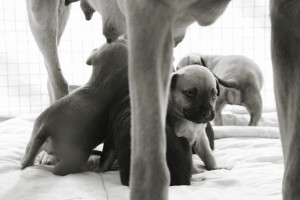 Many guardians think that their furkids are so darn cute that it would be a crime not to let them have at least one litter, while others think that it’s important that female pets have at least one season before spaying for health reasons. Still others think that there is no question – their pets go in to be spayed or neutered as soon as they reach an appropriate age, after all, the world doesn’t need more puppies and kittens looking for good homes.   However, it’s not quite so cut and dried on either side.

The burden on shelters

Consider that in the United States, over five million companion animals enter animal shelters annually, and that 60% of animals in shelters are euthanized annually. Many of these animals are puppies and kittens surrendered by people who didn’t sterilize their pets and who ended up with unwanted babies that they couldn’t care for and couldn’t find homes for. It then becomes the shelter’s problem to find good homes for these puppies and kittens before they lose the cute factor and risk spending years in the shelter.

It’s important to note that animals aren’t rescued when they are brought to the shelter – either from abusive or negligent people or from the side of the street – they are only rescued when they are homed and that process can take months and in some tragic cases, years. Shelters spend hundreds of thousands of dollars taking care of animals who really need to be uplifted and saved,  it isn’t fair to expect them to shoulder the responsibility of raising puppies and kittens from people who couldn’t be responsible enough to sterilize their pets.

What happens during sterilization?

Sterilization involves the removal of the animal’s reproductive organs, either in their entirety or in large part. In females this includes the ovaries and uterus and in males it includes the testes. In addition to the obvious physical effects, sterilization also affects the hormones associated with reproduction and gender and can influence pets’ behavior.

There are pros and cons to spaying females and neutering males. 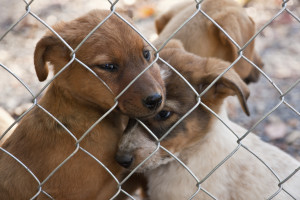 Timing must be right

It’s important to get the timing right, as there are health risks associated with neutering or spaying your pet too early. Certain types of purebred dogs who’ve been neutered or spayed before they’ve had their first birthday are at risk of developing osteosarcoma, a form of bone cancer. Other dog breeds have an increased risk of hip dysplasia and hypothyroidism if they are sterilized too young.

Many shelters sterilize dogs when they’re between 2 and 3 months old. Two months is about as early as you want to push it, however, with three months being the far safer bet. You can wait until your puppy or kitten is 6 months old, which allows enough time for all the correct hormonal changes to take place and for safe bone growth.

The best age to sterilize dogs can also depend on the breed, with golden retrievers being more prone to problems after early sterilization than many other dogs. It’s a personal choice that needs careful thought and research. 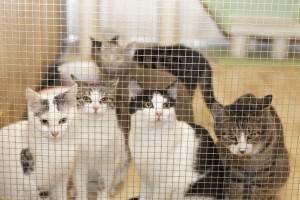 Note: If you are going to choose not to sterilize your pet and you don’t want to breed with them either, then it is up to you to take responsibility for their care and safety. You will need to keep them away from other unsterilized pets to avoid unwanted pregnancies, for females, this might require a period of indoor isolation or containment. Intact males will also need to be well secured behind walls that can’t be climbed and gates that can’t be crawled under or leapt over. Be warned that this will involve a lot of work on your part if you choose this rout.

More often than not one of the biggest problems cited by pet-parents who are reluctant to sterilize is the cost involved in neutering or spaying their pets. However, there are numerous humane societies who have all the information needed about low-cost vets and clinics so being informed is the first step to making sure you do the right thing, no matter what your economic situation may be like from month to month. There are far too many animals going into shelters annually, and so make sure you inform yourself about the best way forward, and spread the word. The more people who know about solutions the happier we all will be.