Why You Should Choose Positive Reinforcement Dog Training

Dog obedience training shouldn’t be seen as a way for a tyrannical human to bend their pet to their will. It’s actually an important part of strengthening the bond between dog and owner, and it will make for a happier dog overall as their new found self-control means that their guardians won’t feel they have to use rigid control to get the behavior they want out of their dogs. The best way to build this relationship is through positive reinforcement training. 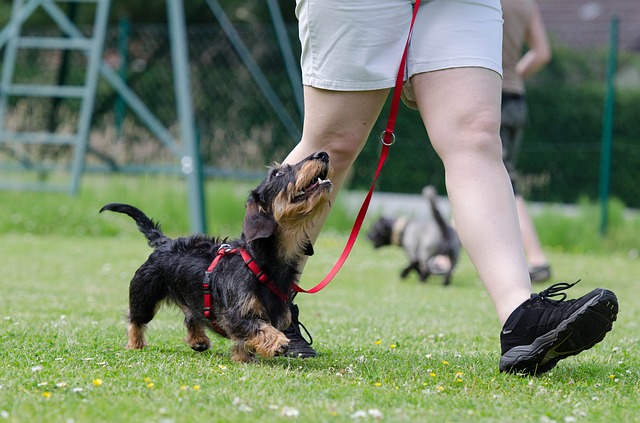 Effective dog obedience training may save your dog’s life, as you’re able to prevent them taking dumb risks. It also makes taking your dog out with you a pleasure, as they will relax peacefully while you finish a leisurely meal at a pet-friendly restaurant.

Dog training is considered an essential part of raising a dog. But which dog training methods should you use? There are a number of theories on how to get desirable behavior from your dog. These methods are not equally effective, nor are all of them humane. Amongst all the options, positive reinforcement training stands tall, as it is based on sound scientific learning theory. It is fast, effective and fun.

What is positive reinforcement training?

There’s the age-old question of which is more effective: The carrot or the stick? Positive reinforcement trainers believe it’s the carrot. In other words, rewarding your dog each time he behaves in a way your want will make him more likely to repeat that action in the future. The more a behavior is rewarded, the more it will be offered, as offering the behavior results in something good. All dogs do what works for them. If you make sitting or not barking at horses work for them, that is what they will do. It will become part of their default behavior repertoire.

With traditional training and anything based on dominance or pack leadership, dogs are punished for incorrect behavior or punished until the correct behavior is offered. Alpha dog training methods force obedience through aggressive dominance, such as ‘alpha rolling’, physically removing items and hanging and shaking dogs. 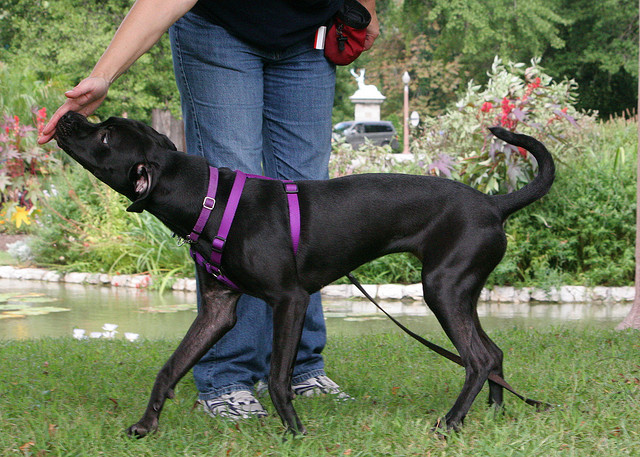 A paper published by researchers at the University of Bristol in 2004 found that punishment-based training methods were less likely to be effective than those based on positive reinforcement. Furthermore, dogs trained using punishment were fearful of their owners and developed fear responses to other dogs. Punishment in training occurs in the presence of other dogs, so other dogs are associated with punishment and fear.

How to use positive reinforcement

The great thing about positive reinforcement training is that the pain-free, pressure-free, yummy rewarding principles strengthen the bond between you and your pet. Another great thing is that after the initial training period is over and your dog understands the behavior you want, you can use life rewards instead of treats. Life rewards can be a game of fetch or chase, a swim and tummy rubs or ear scratches. This means you become part of your dog’s reward system, which makes interaction even more fun.