Tail Docking: Is it Simple Cosmetics or a Cruel Practice?

Tail docking is the process of removing a section of a dog’s tail, usually for cosmetic reasons, leaving a stub behind. The practice is banned outright in most of Europe, and the remaining European countries allow it only for special cases, which are defined under law and can only be carried out by a veterinary surgeon. Tail docking is, however, legal throughout North America, although members of certain veterinary associations in Canada are prohibited from performing the procedure, and a total ban is set to follow in 2017. 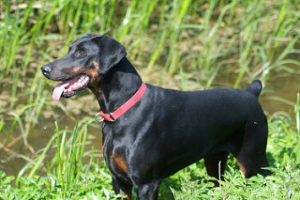 The American Veterinary Medical Association has classified it as a purely cosmetic procedure and has recommended that the practice be eliminated and called for the removal of docked tails from American breed standards.

The Romans docked tails to prevent rabies, but they also believed that cutting your hair on the 17th day of the month prevented baldness and headaches, so we can’t put much stock in them. Needless to say, there is no evidence of a link between tail docking and rabies.

Another possible reason for the practice was the 18th Century English practice of taxing the tails of dogs (sort of like paying for a license to keep them). However, penny-wise peasants simply docked the tails and their dogs went untaxed, or so the story goes.

Docking tails and cropping ears was, and still is, common practice in the ‘sport’ of dog-fighting. It gives the opposing animal one less thing to bite. US law forbids dog-fighting.

Another argument for docking is that it prevents injury to the tail, for example from burrs and thorns. However, a recent survey of over 130,000 dogs revealed that only 0.2% ever injured their tails. Out of that 0.2%, only 17% of these injuries occurred outdoors (14% were due to tails being caught in doors).

Occasionally, a traumatic injury or infection may require the docking of the tail to spare the dog further injury, discomfort or death. These are extremely rare, however.

The most-often cited reason for docking tails is the requirement for the breed standard. However, this practice is rapidly losing favor as breed governing bodies are under increasing pressure to abandon the requirement.

Why it’s a bad idea 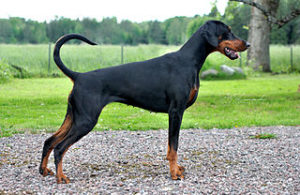 The most compelling reason for abandoning tail docking is its condemnation by veterinarians. That’s right, the experts on dog health think it’s a bad idea. But in case that’s not enough to put this practice to rest, we have a list of other reasons.

Tails aid dogs in communication. Tests have shown that another dog can’t distinguish between a docked wagging tail and a non-wagging normal tail. Imagine being unable to show other humans that you’re happy or see if someone else was smiling. Dogs’ tails communicate so much more than we think. Handicapping that communication and causing miscommunication between dogs can lead to behavioral problems.

Tail docking is a painful procedure. There is no evidence that pain does not persist after the procedure. Furthermore, health issues from excessive bleeding to tail necrosis can ensue. Some studies suggest a lack of development of pelvic muscles as a result of the loss of this appendage. There is also a link between tail docking and incontinence.

It’s simply unnecessary and has little or no proven benefits. If enough breeders, owners and veterinarians condemn the practice, the breed standards will no longer require a docked tail. Understanding the procedure and its effects are key to that mission.

Basically, tail docking is still practiced because it’s always been practiced. But the time is rapidly coming when America will join its allies across the pond in condemning this unnecessary and painful mutilation of dogs.