Pets and Domestic Violence: The Hidden Tragedy for People & Pets

One of society’s hidden crimes is domestic violence. It goes on behind closed curtains and doors and families will go to great lengths to hide the ‘shame’. As traumatic as it is for the people in violent homes, we tend to forget about the other hidden victims – the pets. Abusers threaten, beat and even kill pets for control and revenge. 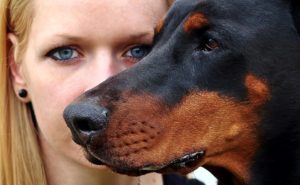 Pets and domestic violence by the numbers

One of the most common questions people ask survivors of domestic violence is why they stayed. Well, 48% of women with pets stay in the relationship because they worry about what will happen to the animals they leave behind. In the end, many women feel they have no choice and when they eventually break free, they leave their pets behind.

The solution for the pets and domestic violence problem

This highlights the need for domestic violence shelters to be more pet-friendly. So Bayers Animal Health launched the PAWS: Share the Story campaign which will donate $60,000 to 3 domestic shelters in the US to support affected pets. Bayer already supports the Rose Brooks Center in Kansas City. The center helps provides holistic support to survivors of domestic violence, including crisis prevention, life skills development, and therapeutic services. It was the first center to embrace pet-friendliness and that was thanks to a donation from Bayer. Bayer continues to support the center by funding pet care and maintenance at Paws Place, the facility for pets.

In the words of one survivor:

“My dog is a big part of my family, and is my emotional support system. It’s hard to put in words, but animals heal – more than sitting in a chair for therapy. If it weren’t for Paws Place, I wouldn’t have come to the shelter and I would have lost my kids. My dog would have stayed chained up with my abuser. Animals are protectors, and my dog stepped in to protect me from my abuser several times.” 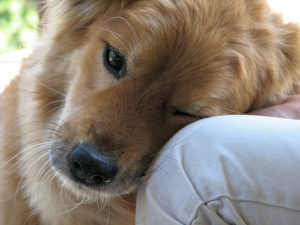 This year (2016), Bayer will also support Noah’s Animal House in Las Vegas and the Urban Resource Institute (URI) in New York City. In 2007, The Shade Tree Shelter (the biggest shelter in Nevada) added Noah’s Animal House. In the subsequent 8 years, it supported over 1000 pets. The Urban Resource Institute provides a range of support services to abuse survivors, including Urban Women’s Safe Haven and Urban Women’s Retreat Shelters. In 2013, URI launched the URI People and Animals Living Safely (URIPALS) program. It was the first shelter for people and animals in NYC.

The government has recognised the need to include pets in domestic violence support programs. The Pet and Women Safety (PAWS) Act (in review) should help support services better meet the needs of survivors with pets.

As a spokesperson from Bayer says, “Survivors of domestic violence should not have to choose between their safety and a loved one, and these shelters make it possible for to heal in safe place, without saying goodbye to their pets.”

Bayer encourages members of the public to lend their voice to the cause. All you need to do is email your local senators and congress representatives (use the template found here) and share the video on PAWS: Share the Story.