Does Your Pet Have the Magic Psychic Gift?

Are pets psychic? It’s a question a lot of people ask when they see their dogs or cats do something remarkable. Typically this includes anticipating their mom or dad coming home by several minutes and pestering a body part until you go to the doctor and get treated for cancer. Then there is the creepy way that cats stare at nothing on the upper corner of the wall with hackles raised. 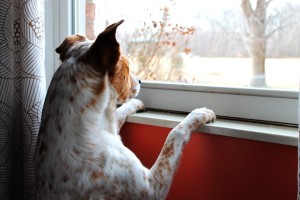 It’s all too easy to attribute this to pets being psychic or having extra-sensory perception. Is this really the case? Or do pets have heightened senses that allow them to see, hear and smell way beyond anything we can imagine?

Research has been done on this rather bizarre topic; all you have to do is Google “psychic pets” to see the results. As with a lot of studies, it’s possible to put whatever spin you want on the results. If you want your pets to be psychic because it appeals to your sense of the sublime then that is what you’ll take away. If you don’t believe in the psychic realm, then the evidence supports the theory that pets have super senses and are more finely tuned to the environment than we understand.

Let’s take a look at some pet-related ‘psychic’ phenomena

Dogs have very sensitive hearing. They can literally hear a pin drop. Their ears can distinguish your car from others while you’re 4 blocks away. This is why they’re waiting at the gate or window, tail wagging when you get home.

Dogs also have a very good sense of routine. They can tell when you usually arrive home and come to anticipate it every day. If you’re late and your dog is particularly devoted, they’ll sit and wait for as long as it takes.

(You’ll see this time-telling ability when they remind you it’s time for their daily walk.)

Your dog has detected your cancer or can predict your seizures.

Dogs are winning hearts in the medical world, thanks to their ability to sniff out cancer and help epileptics manage seizures. The science is not 100% proven, but is attributed to dog’s sense of smell and their sensitivity to every tick and twitch in our bodies. Many people with epilepsy and diabetes have therapy dogs who can tell when a seizure is coming or when blood sugar is low. This gives them time to move to a safe place or take preventative medication.

Animals know when a storm is coming. 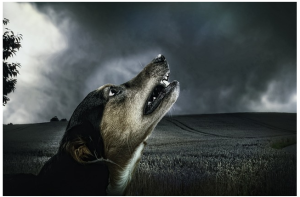 Once again, this ability can be attributed to animals’ extreme sensitivity to the environment. They can tell when the barometric pressure changes, which is why dogs with thunder phobia fret while the sky is clear. Some people suggest that dogs smell rain, which is why they take cover while you’re hanging up laundry.

Your pet saves your life by preventing you from going somewhere in particular.

Some people say their pets saved their lives by stopping them going into a building or part of the forest or part of the garden. Later the exterminators come with their scorpion kit, a snake emerges or a sinkhole appears. Again, it can be attributed to their extraordinary senses and their natural aversion to danger.

Your pet knows when you’re have a bad day.

You probably have personal experience of this. You get home in a foul mood after a foul day and your pet either makes herself scarce or she puts her head in your lap and gives you the comfort you need. This is due to pets being supremely fluent in human body language. They can pick up on and interpret even the smallest move. So when you come home scowling they know you need some extra loving – or some space. 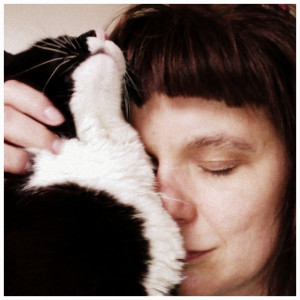 My pet IS psychic!

That animals have extraordinary senses is indisputable, but many people maintain that the only explanation for their pets’ abilities is that they’re psychic. Unsurprisingly, there have been studies on how people’s belief in psychic events affects their belief that their pets are psychic. The result: people who claim to have experienced paranormal events are more likely to report psychic abilities in their pets.

The rational explanation is that people who claim to have had psychic experiences project them onto their pets.

On the other hand, some scientists favour the psychic pet theory. Rupert Sheldrake takes a closer look at animal powers, including their psychic abilities. Sheldrake believes there’s potential for scientific investigation into pets’ psychic ability because they have better developed psychic powers than most people. In fact, research suggests that pets with psychic powers are common.

So, what do you believe; is your pet psychic?