Pet Paw Preference: Is Your Pet Best Left or Right-Handed?

Did you know that dogs favor one paw over the other, much like people are left-or right-handed? The question is, does paw preference mean anything or is it simply a curiosity? 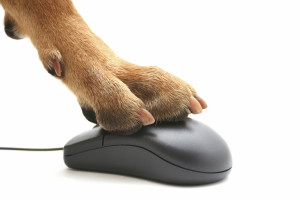 Several studies on paw preference in dogs show an overlap with humans, as most dogs favor their right. Only a small percentage are inclined to favor their left paws. In addition, there are quite a few dogs who are ambidextrous or who demonstrate no clear paw preference.

Writing for Dog’s Best Life, Nancy Cope cites a study of 28 dogs that showed 57.1% had a right paw preference, 7.9% favored their left paws and 25% used both paws equally.

Is pet paw preference inherent or a result of cause and effect?

Researchers question whether paw preference is innate, a result of socialization, or shaped by handlers. Could dog trainers unconsciously influence a dog’s paw preference because they favor a particular side? The could unconsciously reward behaviors that lead with their preferred paw.

Apparently, male dogs are more inclined towards left paw preference than females. Paulette Solinski (Animal Sense) cites a study conducted which found that right and left paw preference is influenced by gender. The researchers believe that hormonal influences play a role in dogs’ paw preference. However, the question still remains about ambidextrous dogs.

Some behaviorists have suggested that there is a connection between pet paw preference and behavior. This is supported by some research findings. A study by the University of New England showed that ambidextrous dogs tend to react more acutely to noise than dogs with a clear paw preference. 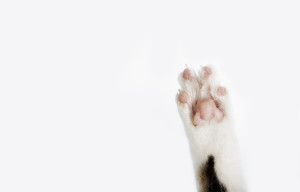 This theory has affected the selection process for some working dog programs, like guide dogs and sniffer dogs, which require rigorous screening. Ambidextrous dogs are less likely to pass the screening tests as a result of their noise phobia.

You don’t need to enrol in research studies to discover your pet’s paw preference. There are easier ways to test whether your dog is a ‘righty’ or a ‘lefty’.

Put a treat under your couch or coffee table and note which paw she uses to get the treat out. This is likely to be the side she favors. Watch your dog chew a bone or hoof. The paw she uses to hold it down is usually the favored side. Even just checking to see which paw your dog starts walking with will show you which paw is preferred. If you want to be more ‘scientific’ about it, you should conduct each of these tests a few times to determine which paw your dog consistently favors. It may be that they use the paw which is closest to the treat in the first test. If there is no clear preference, your dog could be classified as ambidextrous. 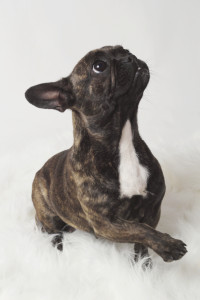 Training classes, especially competition classes that require dogs to start off on a specific side may influence how your dog responds. For example, competition obedience will require your dogs to work on the left side and could promote leading off the left paw, while canine freestyle requires dogs to work equally well off the left and right.

Granted, more studies are needed before any conclusive results can be announced, but it is a rather interesting subject that could also lead to information regarding left brain or right brain dominance in our pets (studies on left and right tail wags are also yielding interesting results). In the meantime, you can have conducting your own ‘studies’ to see what factors (environmental or contextual) affect your pet’s paw preference.